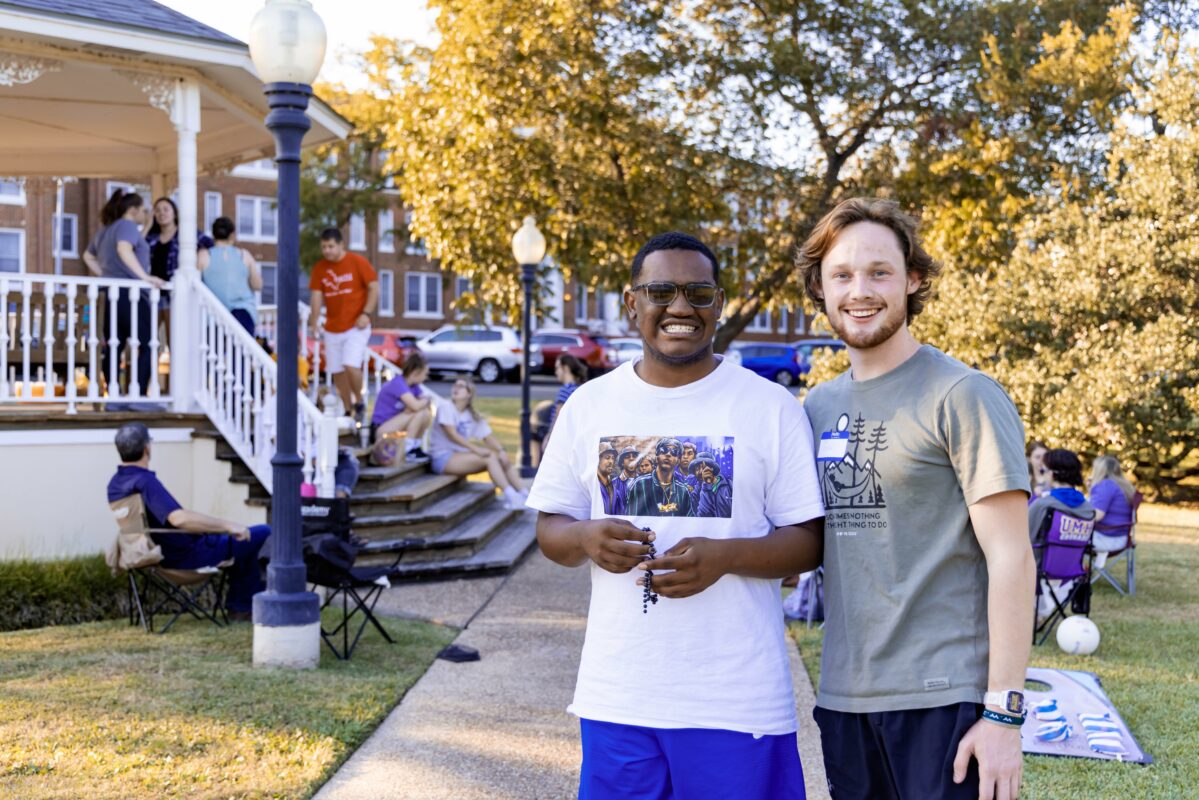 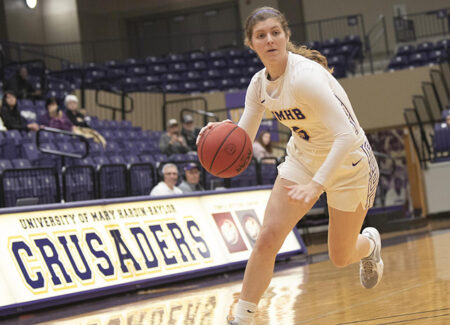 (This story originally published in tru­etothecru.com, an independently owned and operated website not affiliated with UMHB.)

The last four years of Olivia Champi­on’s life have been spent in the United States. But it was the seven years prior to that, spent nearly 2,400 miles from Belton, that shaped both the person and player she is today.

A junior forward on the UMHB women’s basketball team, Olivia’s journey to Belton was a unique one. She was born in Tallahassee, Fla., but at age 12, she and her family relocated to Costa Rica to become missionaries.

“My parents just felt called to the mission field,” she said.

Olivia embraced the new opportu­nity and even decided to learn Spanish. By the time she left at age 17, she was doing postgame interviews on television in Spanish.

That “buy-in” attitude, something the entire family shared, allowed them to do God’s work in Costa Rica, with each member of the family playing a role. Looking back, Olivia recalls some of her favorite opportunities coming in the work they did in the orphanages and with the youth of the communi­ties.

“Some of my favorite experiences were going to the orphanages,” Olivia said. “I love kids and so being there and being a part of it was super cool. My parents also brought short-term mission trips down there as well, so I got to know so many different people across the country.” 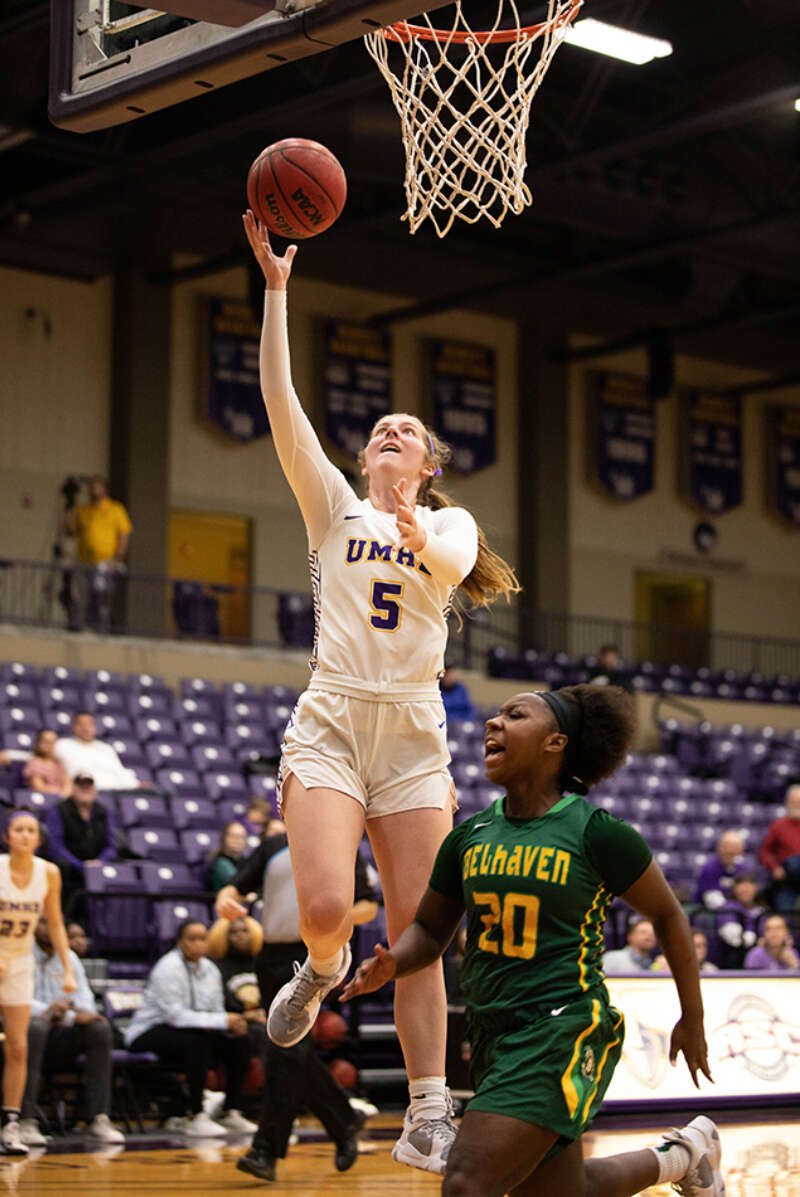 While Olivia helped bring glory to God in Costa Rica, her time there also brought about growth in her own life, as she came to Christ while living there.

“I was about 14 years old at church camp,” she recalled. “I think that was also a humbling experience for me. People expect as a missionary kid, you’re supposed to have it all together, but I found the Lord when I was on the mission field with my parents. My whole story is root­ed in Costa Rica.”

And that story also includes her basketball career. Though she took to the mission work quickly, her dominance on the court took slightly longer to develop. In fact, it was in Costa Rica that Olivia began playing basketball competitively, though it was something she’d grown up around; her father had coached for many years at the high school level in Florida, and also coached the national teams in Costa Rica upon the family’s arrival.

“Olivia really didn’t play much basketball in her elementary years,” her father, Eric, said. “When she got here, that’s when she really started. She’d always been athletic and fast, I knew she was going to be ok. But she didn’t have the fire really, until maybe 15 or 16."

Standing at around 5’10”, Olivia started seeing some success and began considering playing in college.

However, that success did not come quickly, even with her height. 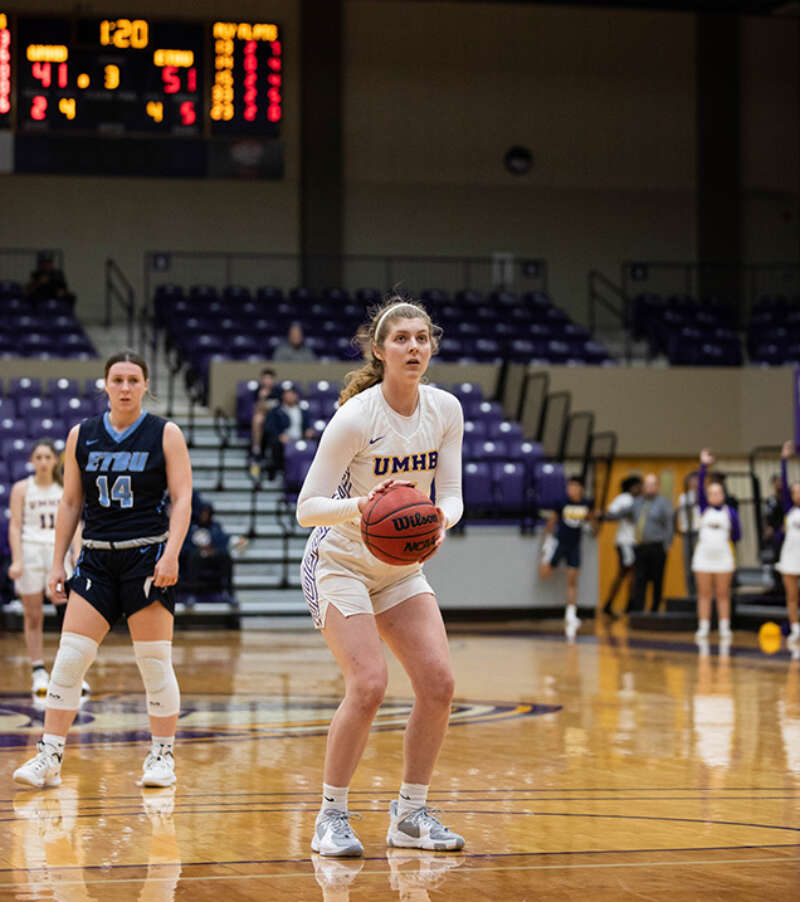 With her personality, her dad said she didn’t want to “rock the boat” and wanted to ease her way into it. For the first six months, she took maybe one shot a game. By the time she got comfortable with the U15 team she was on, they wanted her to play First Division, the highest level in Costa Rica, and she had to grow in her confidence once again. On her team as a 15-year-old, the roster included women in their 20s and 30s, and the level of play was much more aggressive than in the states. But the talent level was much lower.

“It taught me to get up and play. I couldn’t be scared, because they weren’t going to hold back,” she said.

When she moved back to the states as a junior in high school, Olivia was used to the rougher play in Costa Rica and averaged about four fouls a game.

“I had to learn to hold back and stay a little more composed,” she said.

That aggressive play, however, has helped Olivia at UMHB, as she has established herself as a player who will do whatever it takes to retain possession, get a rebound, or create a turnover.

She came back to the U.S. for her final two years of high school, living with her aunt and uncle, with the goal of being recruited to play at the college level. She found her perfect fit in UMHB, a school that did not even have her on its radar until she reached out to the coaching staff.

“I really just wanted to go to a school with a Christian atmosphere and wanted to go to something small as well,” Olivia said of her decision to play at UMHB. “I’d never been to Texas until I came on my visit here in Novem­ber of my senior year, but the moment I stepped on campus, I was like, ‘This feels like home.’” 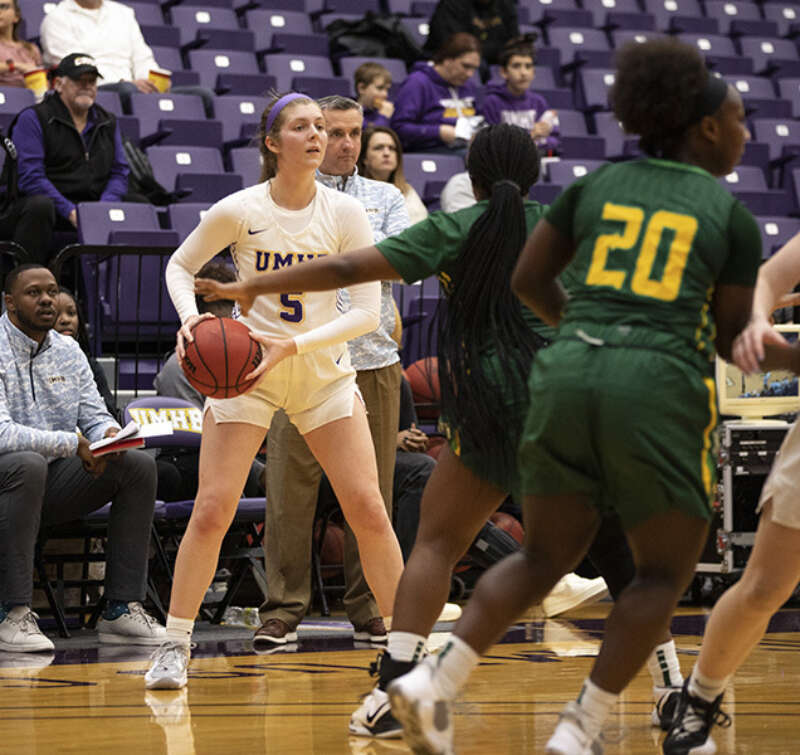 Coming into this season, something the Lord placed on her heart was to, “Go in there and have fun, be a pos­itive influence, and a positive light,” she said. “I feel the Lord has put me here to be that positive influence on the team and cultivate relationships.”

While it has been four years since she last lived in Costa Rica, the im­pact of the seven years she spent in the country is everlasting. And she is reminded of that every time the words, “Olivia Champion from San Jose, Costa Rica” blare throughout the arena as starting lineups are announced.

“People ask me, why do you list Costa Rica as your hometown?” Olivia said. “Honestly, that is where I became Olivia Champion.”