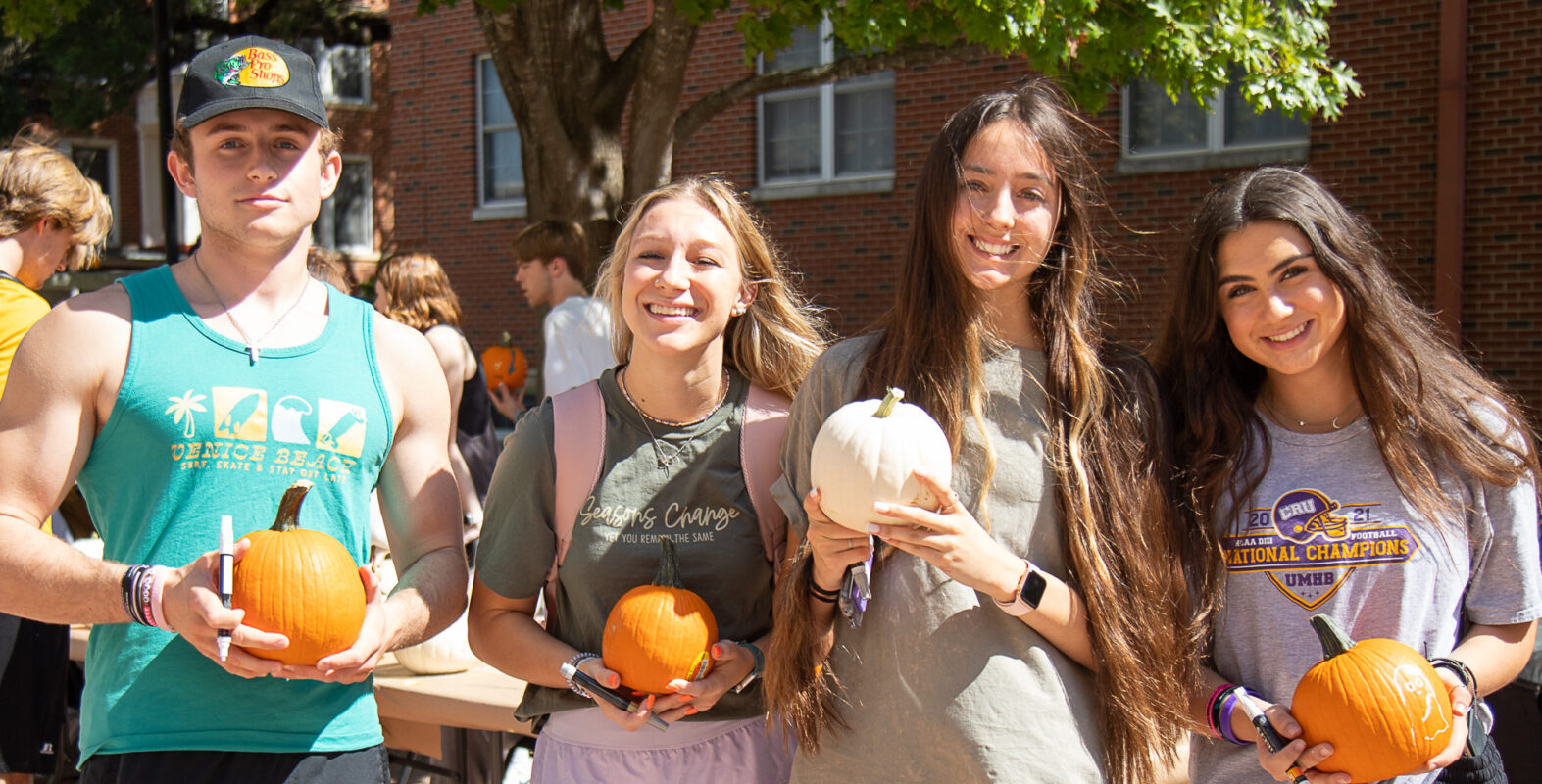 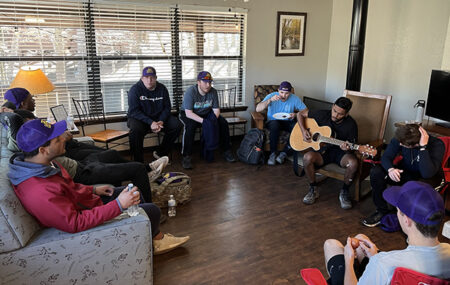 John Gonzales remembers going to church when he was a kid. He remembers singing songs in Sunday school, playing fun games and memorizing Bible verses. As he grew older, he found himself going to church less and less often, but a verse he had learned all those years ago, John 3:16, had always stuck with him. He knew it was significant but didn’t understand why.

One day shortly after moving into McLane Resi­dence Hall as an incoming freshman last year, John’s RA invited him to a new men’s ministry called UMHB33. John agreed to go, thinking it would be the perfect op­portunity to get involved and meet people. Little did he know that the invitation would change his life eternally. 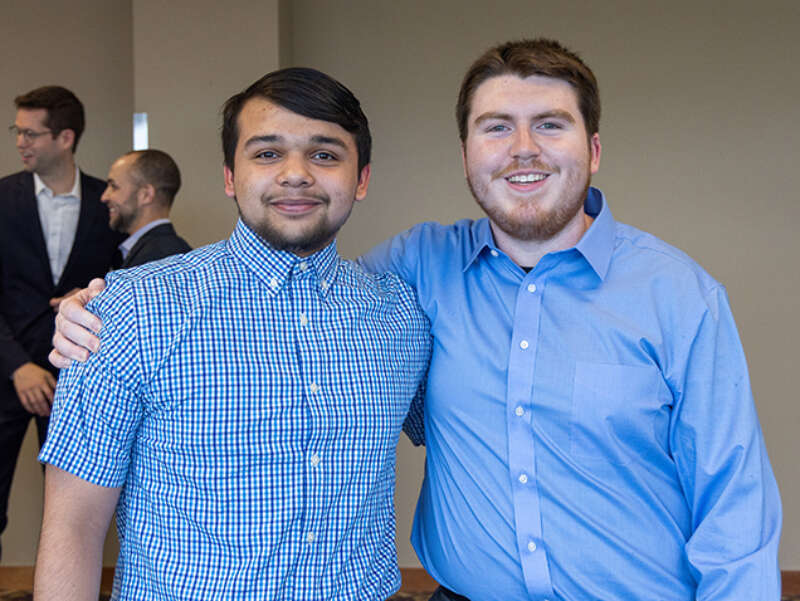 When John got to the meeting, he sat among a few dozen other students, listening to the leaders discuss the purpose of UMHB33, which is discovering “authentic manhood” and God’s design for men to live a life with truth, passion and purpose.

“Before I could even get a single word out, I had nearly bawled my eyes out,” John said. “I didn’t un­derstand why I was crying. That meeting got me asking ‘Why this?’ and ‘Why that?’ and trying to fully understand who I am and why I’m specifically here at UMHB.”

With so many questions still swirling in his head, John later reached out to his buddy, Eric Bean, a stu­dent leader in UMHB33. That night the two of them got together, and Eric led John to Christ. 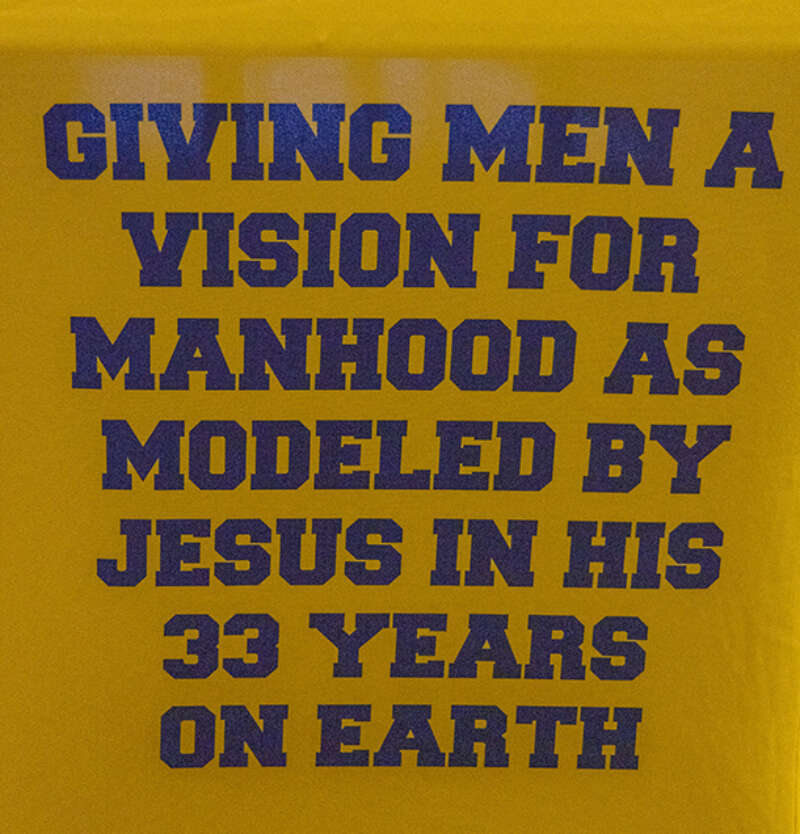 UMHB33 is a powerful 36-week gospel-centered Bible study that teaches the Biblical definition of man­hood and how to transition through various seasons of life. The six chapters equip young men to accept their past while moving forward to prepare for their future careers, spouses and raising families. The resources the group uses are part of Authentic Manhood’s “33 The Series” that helps men of God focus on building a life modeled after the 33 years Christ spent on earth.

UMHB33 was born five years ago after Danny retired from his last pastorship at Journey Bible Fel­lowship in Cedar Park. He prayed for the Lord to show him where to serve next.

During his time as a pastor, Danny also led an Au­thentic Manhood men’s ministry for 15 years. He re­peatedly heard men (as young as 30 and as old as 70) regrettably note how differently their lives would have turned out if they had learned the teachings in their 20s.

“They told me their first marriage wouldn’t have failed, or they wouldn’t be estranged from their children — they would have known what to do,” he said. “No man ever woke up one morning and said, ‘You know, I think I've decided my life goal is to mess up my kid’s life.’ But there's been a lot of men do it more than once. The truth is, you don't know what you don't know, and if you're a man, you have to learn what it is to be a man.” 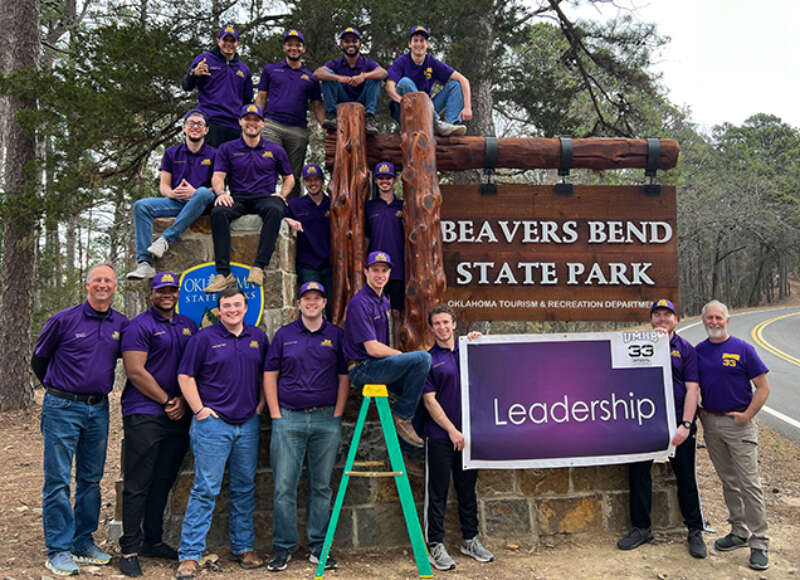 After praying for two months, Danny said the Lord told him to “go upstream” and reach 20-year-olds — teaching them clear and practical Biblical insights on God’s design for manhood — before they become husbands and fathers.

Danny’s daughter, Emily (Allen) Warren ’12, had graduated from UMHB, and he felt led to bring the program here. In January 2017, with administration’s blessing, Danny, who lived in Georgetown at the time, drove to campus every morning for six weeks to intro­duce himself to students during breakfast and share his idea to create a men’s ministry on campus based on “33 The Series.” After six weeks, he had nine students pre­pared to serve as a test group for the proposed ministry.

“At the end of the first section, the students met with administration and said it was the best thing they had ever seen, and administration let us kick off the follow­ing semester,” he said.

With the help of Rick Turk, Danny set out to intro­duce UMHB33 to the entire campus. For the first two years, the duo teamed up to make themselves available for any student who needed help or advice at any time — night or day.

“You have to meet the student where they are at first; then you build an awareness on campus,” Danny said. Almost three years later, the program had grown enough that it transitioned into a student-led ministry with 10 student leaders and an additional 13 leaders being interviewed to help lead this fall.

Danny says he is thrilled to see God moving but is quick to point out that success is not defined in the steadily growing numbers the group has witnessed over the last five years. He defines success as the “life chang­es” taking place in students.

“What kind of life-change is happening? That’s the only question that matters,” he said. “Everywhere Jesus went, the crowds gathered because lives were changed — not because there were big numbers.”

This is one of the reasons UMHB33 breaks into small groups at each of its weekly meetings which helps promote “real connections,” Danny added. “Because Eric got off his couch and went and met John at his request, the Holy Spirit moved, and John got saved. This ministry flourishes because students care about students.” 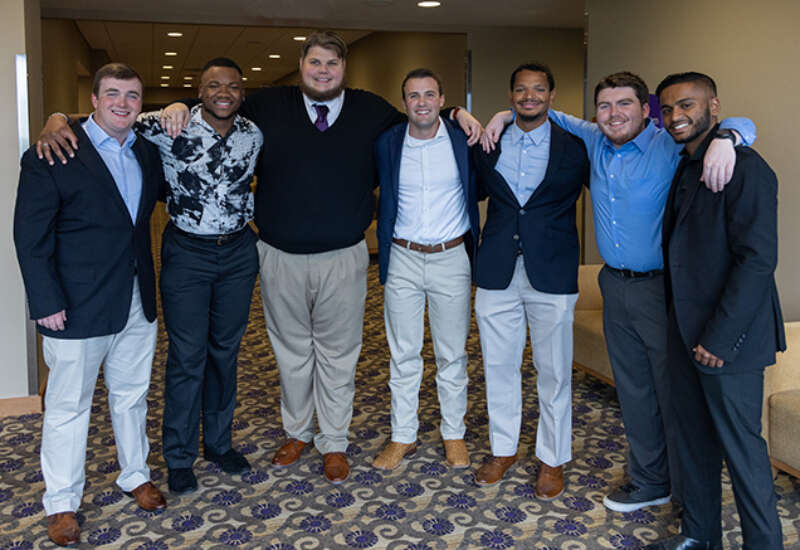 Alan Arthur, who graduated in May with a Christian ministry degree, said he felt fortunate to be a part of UMHB33.

Nate Dunning first learned about UMHB33 as he was looking for a church to attend his first week on campus, and he said it was clear he had to join.

“I just felt called here, and I’ve been here ever since,” he said. “I know at least 20 people who have said this ministry has changed their lives. Some had been losing their faith, and they came into this ministry, and it helped reinvigorate them.”

Sammy James, who will be a senior nursing major this fall, said he joined because he wanted a place to in­vest in people and see the Lord working in other men.

“You get out what you put in,” he said. “If you put in more effort and really invest in the material, you will see the growth in yourself. People who have that life-change are hungry for the Word and to seek after God. For those, the life change is absolutely there.”

When Travis Wortham, who graduated in May with a degree in general studies, joined UMHB33, he just wanted a community of men who would help him in every way to follow God’s Word, but Danny saw even more.

“I didn’t necessarily want to become a leader at first, but Danny saw something in me that I did not yet see,” said Travis. “Danny saw the potential in me to lead young men into following God, and now I hope to lead people to God the rest of my life.” 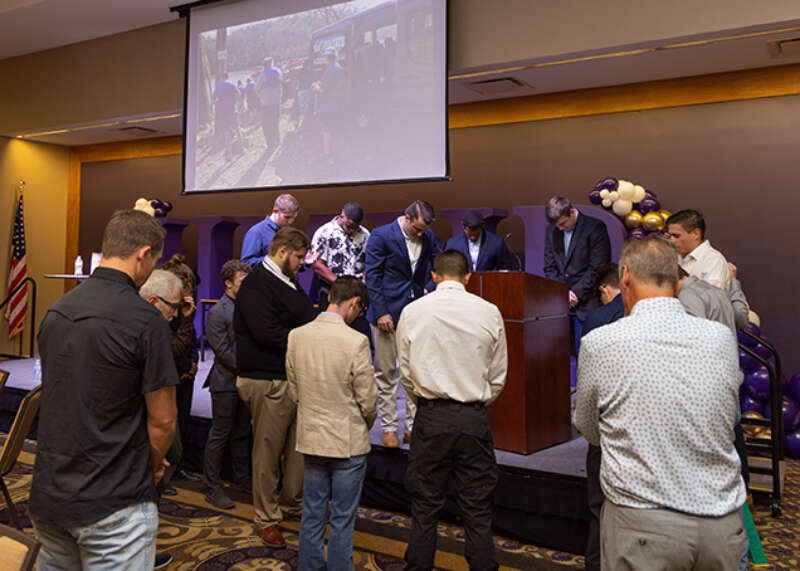 After Eric led John to Christ, Danny walked the Bible-study group to the Barbara Chaney Natatorium at Mayborn Campus Center where he baptized John in the pool.

“It was the start of something new — the beginning step,” John recalled. “I knew God was going to lead me where my path is supposed to go.”

Even though John is still growing in his newfound faith, he finally has some answers to the questions he was seeking. He understands the significance behind the words in John 3:16. He knows the 'hows and whys’ to the many questions that inundated his mind. And, he knows God orchestrated each step of the way to UMHB33 and ultimately his salvation.

“I knew God was telling me that I may not un­derstand fully what he’s trying to do,” John said. “But sooner or later, I would understand the true meaning of life, what His plans are for my life, and the person He wants me to become.”