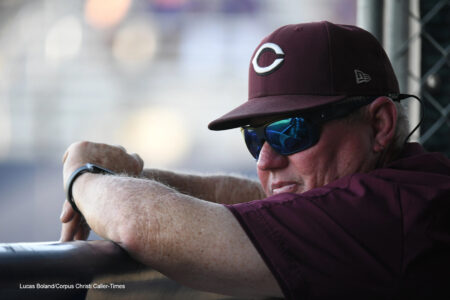 Former UMHB baseball player Steve Chapman ’79 became the winningest high school baseball coach in Texas state history this May when he led the Calallen Wildcats to the Class 4A regional final and logged his 1,116th coaching victory.

Chapman took the title from Lubbock Monterey legend Bobby Moegle — the only other Texas high school baseball coach who has won 1,000 games. His record remained unbeaten at 1,115-267 from his 40 seasons of coaching from 1960 to 1999.

“Breaking the record that Coach Moegle had set at Lubbock Monterey was very special because I know how great of a coach he was and what kind of program he had there,” Chapman said.

Since taking over the Calallen program in 1982, Chapman has led the Wildcats to 31 consecutive playoff appearances, 29 district titles, 12 state tournament appearances, and three state titles in 2000, 2005 and 2008. 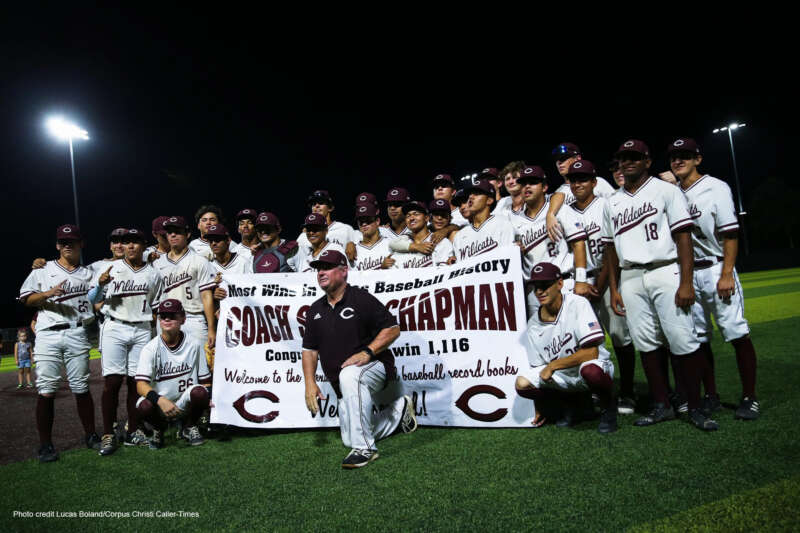 Born and raised in Hallettsville, Chapman played baseball for Hallettsville High School and continued playing at UMHB before landing his first coaching job at Victoria Stroman in 1979.

“My days at UMHB were a pretty awesome experience in that it was a perfect environment for me as a student because classes were small and everyone was friendly and helpful,” Chapman said.

Playing baseball at UMHB allowed him to continue enjoying the sport he loved and helped contribute to his winning coaching career, which he always wanted to do after college.

“While at UMHB, I met some great people who helped me become a better person and player, and that eventually carried over into my coaching,” he said. “I made many friends who are still friends to this day. People such as Mickey Kerr, Paul Herring, Jimmy Long, Jimmy Hopkins, Kevin Lawler, Mike Schulte, Ben Shipp, and many more were great teammates and friends!” 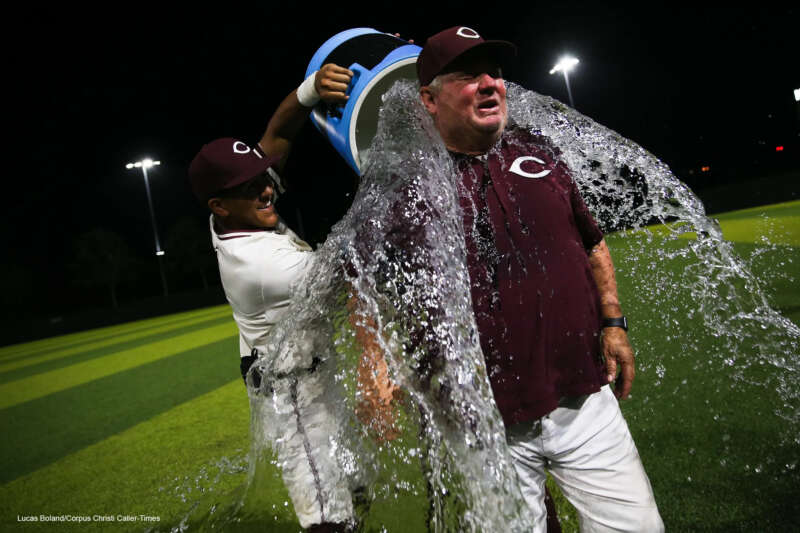 And he said he definitely couldn’t leave out UMHB’s first baseball coach who created the program.

“The guy that I have the utmost respect for was our coach and leader, Charlie Robinson, who came in and instilled a disciplined program that continued to get better as the years went on, and I consider him and his wife, Janice, good friends,” Chapman said. “Overall, my time at UMHB was a great experience and one that I cherish and remember as a time in my life that I truly loved.”

Chapman is thankful for his years of success at Calallen but added the 1,116 wins would never have happened without outstanding players, coaches, community support and his family’s love.

“I have been very blessed here at Calallen with a great community that loves their baseball,” he said. “And no coach wins continuously without having good players, and I have had plenty of great kids. I also had some tremendous coaches who contributed to our success here.

“I have also had great family support from my wife, Roxanne, and my two daughters, Amber and Hailey. My wife basically raised our two daughters as I was coaching football and baseball as they grew up. She was there through the good times and trying times, and I owe her plenty.”