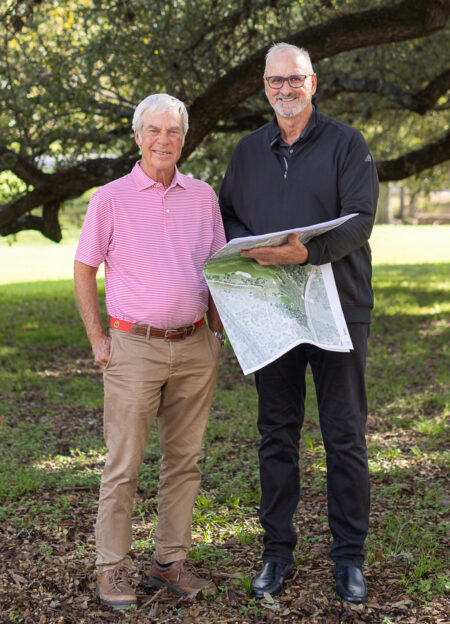 The scene was the 1999 Ryder Cup Saturday night press conference. A downtrodden American team had a disappointing day on the course, and the outlook for a comeback was dismal with the Europeans leading 10-6. Leaning into the mic, U.S. Captain Ben Cren­shaw had a determined look. To the audience and the sports fans at home, he made a profound prediction.

“I’m going to leave y’all with one thought… I’m a big believer in fate. I have a good feeling about this.”

The following day, his team rallied to overcome the European’s lead to secure one of the most impressive comeback victories in sports history.

Perhaps fate is at hand once again. 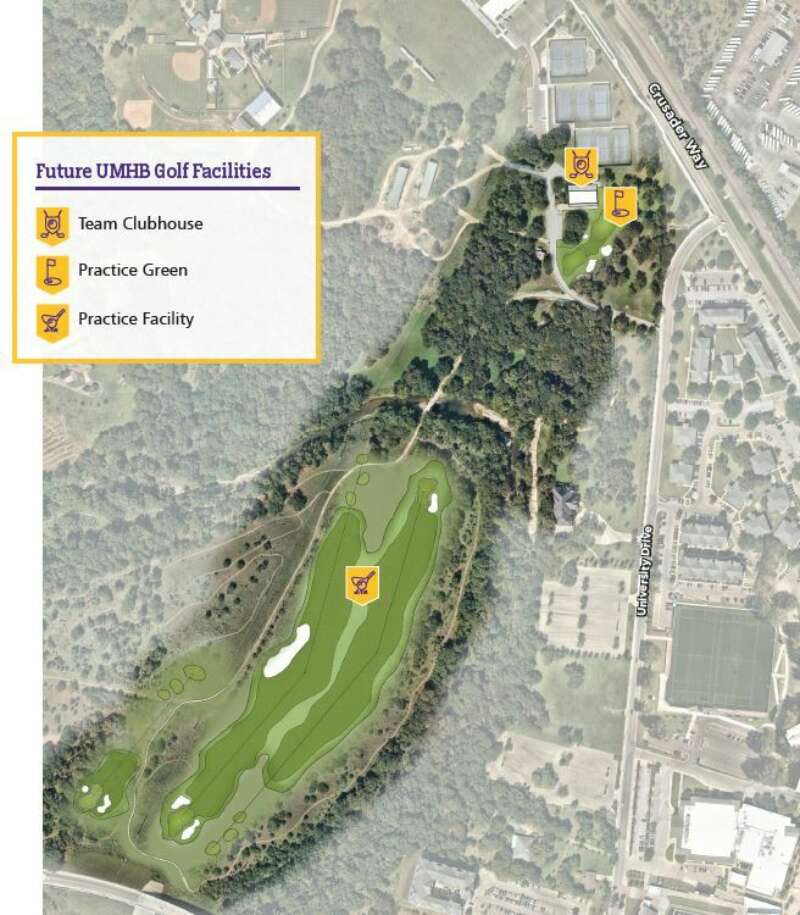 The Hall-of-Famer and golf legend is teaming up with acclaimed sports venue architect Earl Santee of Populous to create a golf clubhouse and practice facility for the UMHB golf programs. The clubhouse will sit just south of the Yvonne Li Tennis Center, with an adjacent short-game practice area. Across Nolan Creek, three golf holes and additional practice areas will span south toward Martin Luther King Jr. Ave.

“It is so exciting to see how God continues to bless UMHB. On this project, we have two amazing indi­viduals who are at the top of their class in the world working together for the benefit of Mary Hardin-Bay­lor. What a team – Ben Crenshaw and Earl Santee! Does it get any better than this?” said Dr. Randy O’Rear, university president.

Crenshaw, who is a Texas native and calls Aus­tin home, enjoyed an illustrious playing career that spanned three decades with 19 PGA Tour victories, including the 1984 and 1995 Masters. He has always appreciated the design and construction of golf cours­es worldwide, which led him to pursue his love of golf architecture. Crenshaw and his business partner, Bill Coore, operate Coore & Crenshaw architectural firm, which has created some of the game's most esteemed courses over the past 30 years, including Sand Hills Golf Club in Nebraska.; Bandon Trails and Sheep Ranch at Bandon Dunes Golf Resort in Oregon; Kapa­lua Plantation Course in Hawaii; and Cabot Cliffs in Canada.

Crenshaw’s design philosophy is fluid and natural, uniquely following the topography and progression of the land without unnecessarily disfiguring the terrain.

“We don’t try to build golf holes so much. We try to just lay them in on the property quietly,” he said. “It’s a very old idea. There are a lot of people in my business who can manufacture holes – move large-scale earth. But we don't like to do that. We think that the more dirt you move, the more unnatural it becomes. Nature does the best work!” 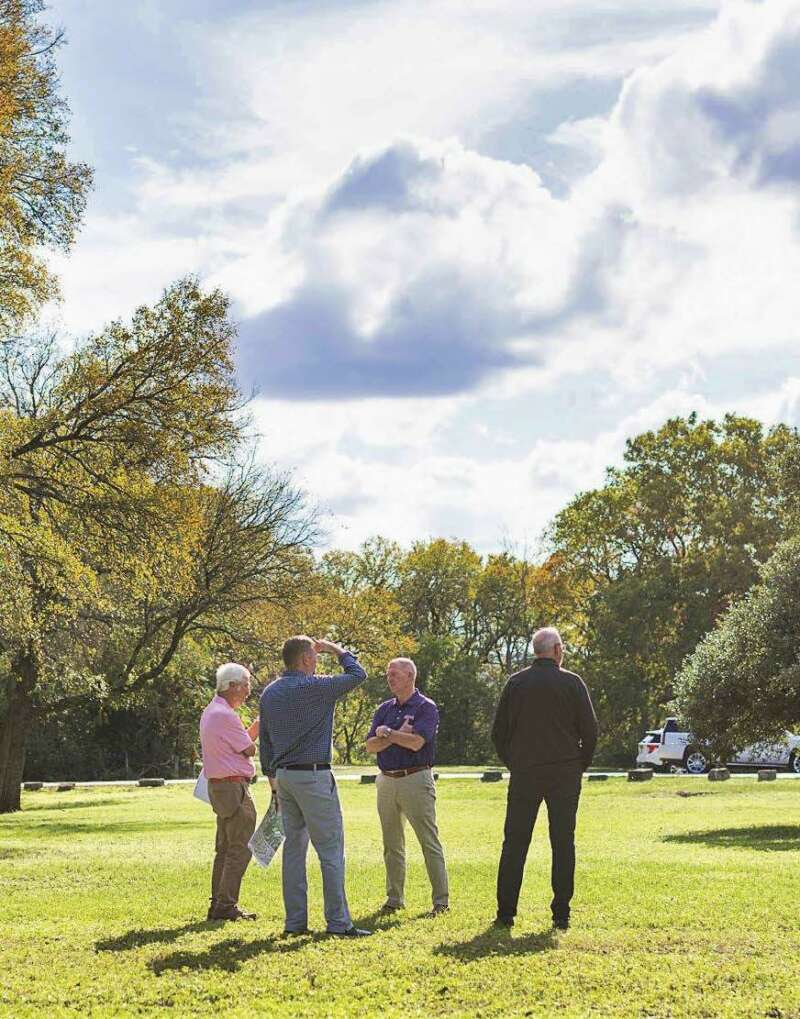 HOW IT ALL STARTED

Crenshaw and his wife, Julie, were first introduced to campus during trips to visit their youngest daughter, Anna Riley, who is graduating from the physician assistant program in May.

“Our trips here have been so pleasant – seeing the campus, which we love. This (partnership) just sort of happened,” he said. “Both the women’s and the men’s golf teams have done so well. When we were introduced to the property around campus and then around the athletic facilities, we thought it'd be nice to have a facility for the golfers. If we could do that, it could be a great recruitment tool for them, and some­thing fun for them to practice with.”

O'Rear says this is another first-class facility to add to the UMHB campus.

“We already have a rich history of success in our golf programs, and the new clubhouse and practice facility will elevate our programs to an even higher level,” he said. “Our men’s and women’s teams have thrived over the years, even with no place on campus to call their own. The university is blessed to be able to provide this excellent new home for UMHB golf.”

Santee, who will be designing the golf clubhouse, has served as the university’s campus master planner for more than 10 years. He is the designer of UMHB’s Crusader Stadium, which opened in 2013, and other world-class, award-winning venues such as Yankee Stadium in The Bronx, N.Y.; Target Field in Minneap­olis, Minn.; and Minute Maid Park and NRG Stadium in Houston.

“The first time I came to meet Randy (O’Rear) was with Drayton McLane (Jr.), and as I walked around the campus with them, I just felt welcome here. It felt like a really great campus,” he said. “If I were a student, UMHB would be an option for me!”

He said he built a bond with administrators over the years, and now UMHB is one of his “favorite clients.”

“It is such a special place.” Santee said. “I have been brought into the culture of UMHB over the years, and I appreciate it. It’s something I cherish in a lot of ways.”

Santee said he is excited to team up with Ben Cren­shaw, and like him, he loves the idea of sustaining the beauty of the area. 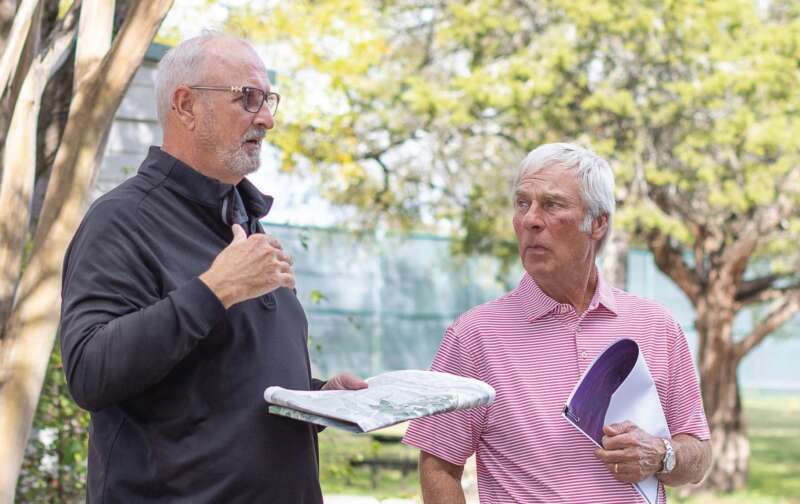 The university anticipates the practice areas will be completed and ready for the golf teams to use this fall.

“Our men's and women's golf programs have a proud, consistent history of excellence that has result­ed in a championship culture for both teams,” said Dr. Mickey Kerr, vice president for athletics. “I am very excited for our current and future players to have a first-class practice facility and clubhouse that will have its home on our beautiful campus. Our coaches will also benefit from superb teaching opportunities associ­ated with these incredible venues.”

“I am so grateful for the vision of our university leaders and their dedication to excellence in all things,” said Men's Golf Head Coach Jordan Cox. "Having world-class designers like Ben Crenshaw and Earl Santee working on this project is mind-blowing, espe­cially when you see how excited they both are about working together for UMHB. I cannot wait to see the dream of this facility come to fruition.”

Women’s Golf Head Coach Jackie Ralson said this will be a “game-changer” for UMHB.

“It will elevate UMHB’s golf program both within our conference and at the national level,” she said. “It will attract many talented players to consider UMHB when looking for a university that offers opportunities of excellence on the golf course and in the classroom.”

Ashley Smith '03 contributed to this article.