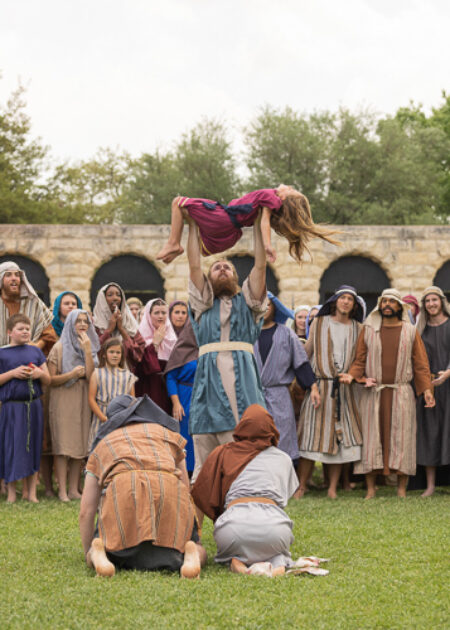 BELTON, Texas — More than 6,000 turned out to see the reenactment of the crucifixion of Christ at the University of Mary Hardin-Baylor’s 83rd annual Easter Pageant April 13 in front of Luther Memorial.

The planning and production involved more than 350 students and children and grandchildren of faculty and staff. This year’s three performances drew more than 6,000 to campus and thousands more worldwide viewed via livestream. The video is still available to view on the UMHB Facebook page and at umhb.edu/live.

“Being able to participate in Easter Pageant has given me a whole new perspective of the Gospel story,” said Seth Brennan, a senior mathematics major who portrayed Jesus. “I've been given the opportunity to step into the shoes of Jesus and experience some of the emotions He had, and that has changed me.”

Brennan said playing Jesus opened his eyes to the pain, suffering and sacrifice Jesus went through.

“I realized that I have been numb to the crucifixion story before experiencing Easter Pageant, and it has really awakened a desire to pursue Jesus even more,” he said.

Each year, UMHB President Dr. Randy O’Rear selects a student to direct the pageant and two students to play the key roles of Jesus and Mary. Selection of the two roles is based on their strong Christian faith and character. 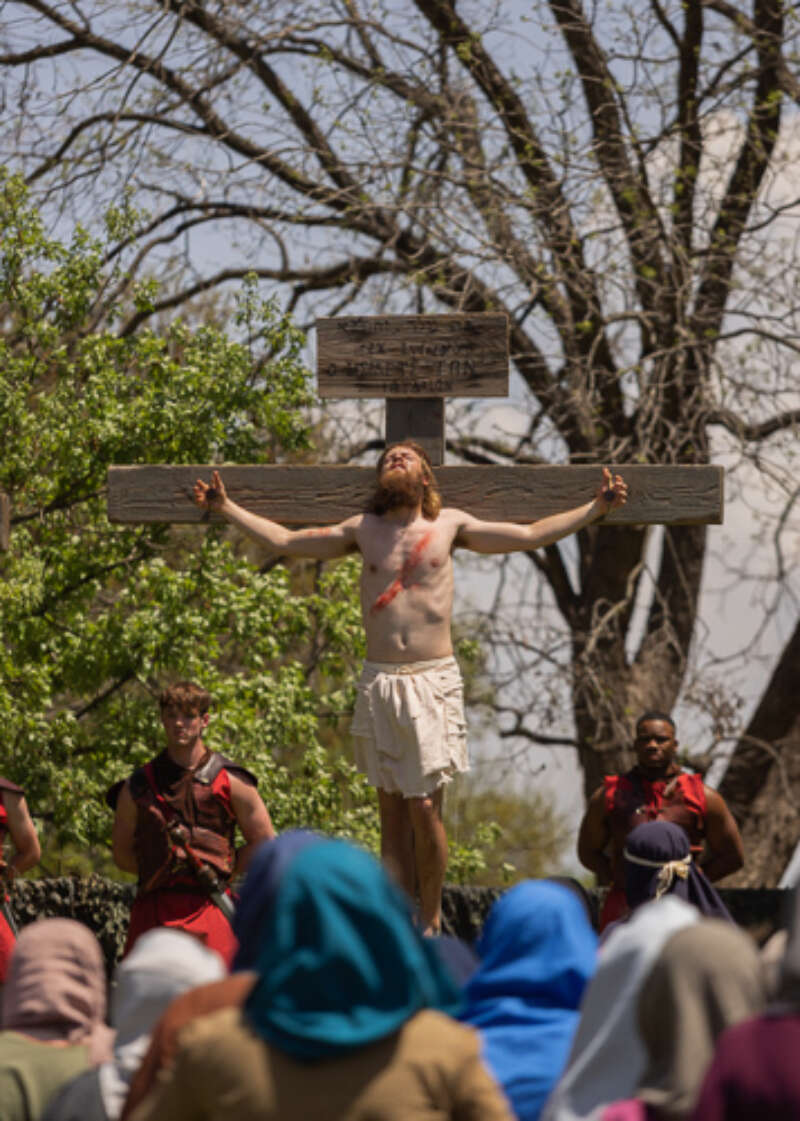 Senior elementary education major Taylor Humphrey, who played Mary this year, said she participated in the event as a young girl, and being able to portray Jesus’ mother was a “humbling and sweet experience.”

“Years ago when I participated as a young girl, I would have never thought I would be given this opportunity, so I was extremely grateful and expectant for the Lord to use me,” she said.

Like Brennan, Humphrey too said she hopes the experience will keep her from becoming “desensitized to the cross and the meaning behind it.”

“It is not easy to experience this scene so close to the cross, but I couldn’t help but be in awe of what Christ did for us every single time I experienced it,” she said.

“I have read the crucifixion story countless times, but being put into the story physically and seeing it with my own eyes is a totally different experience,” Spears said. “Dragging the thieves to the crosses, then holding my savior in the air has put love in my heart for what He sacrificed for me."

The tradition of the annual Easter Pageant at UMHB began in 1940 when it was held during the afternoon on Easter Sunday. At that time, Mary Hardin-Baylor was an all-female campus, so all of the roles were played entirely by women. Over time, the production expanded to include male students and additional performances.