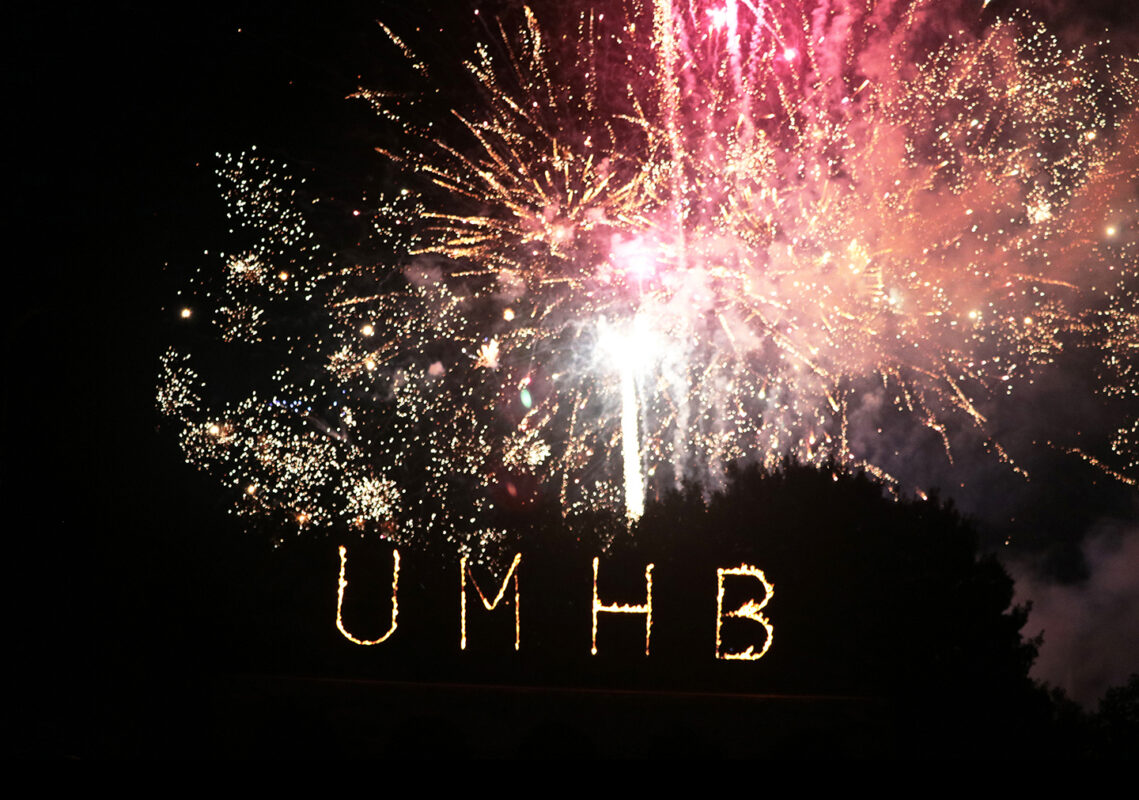 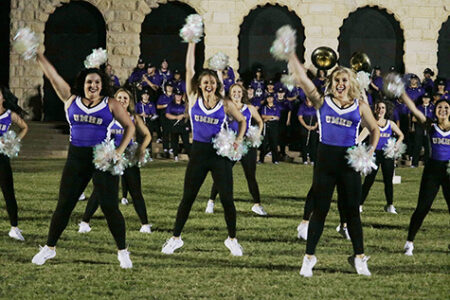 By Allyson Hinkle, Editor in Chief

From Monday Sept. 26 through Saturday Oct. 1 the university was engrossed in Homecoming festivities. Each day had a unique event of some sort, ranging from Summer Moon coffee being provided to students in the early morning to Silent Disco late at night serving as a way for students to destress from school. Either way each day provided some sort of fun. The week came to a head with the Homecoming game itself against Austin College in which the Crusaders came out victorious.

Before the game against Austin College on Saturday Oct. 1, students first had to get through the week. Luckily for them Student Organizations had put together a week of events leading up to the anticipated game.

The week started off strong with a shirt giveaway Monday morning, where the shirts were said to be all gone within the first fifteen minutes. Later that day there was an open mic night hosted for students to have fun in front of the crowd gathered on King Street.

Tuesday hosted a campus wide favorite Homecoming event, Find Randy, in which cutouts of the animated university president were hidden around campus for students to go find. Similarly to the previous day that night King Street was taken over by inflatables.

The midway point of the week a basketball hoop was placed on King Street for students to try their luck at the sport.

Thursday morning Summer Moon coffee was provided to students in the early morning as well as giveaways the company was doing. That night in the Mayborn Rec Gym, the Silent Disco took place. A staple in Homecoming Week traditions, Silent Disco allowed students to dance to their song of choice alongside their peers.

Friday Jeremiah’s Ice graced the university with their delectable treat and also held a raffle for students to enter. The last event to take place during Homecoming Week is the ever popular Homecoming Pep Rally.

The Homecoming Pep Rally, established by the university back in 1909, has become a great yearly tradition to end Homecoming Week. The rally features a fireworks display that has gone on every year to add a fun twist. In addition, the letters UMHB (for University of Mary Hardin-Baylor) are lit on fire and offer amazing photo opportunities with the fireworks in the background.

The Cru Spirit Band, along with the current football players and this year’s feature twirler Rachel Buck, all gathered in front of Luther Memorial to begin this celebration. The Cru Cheer team and the Sader Belles dance team were also in attendance at the pep rally, performing stunts and cheers to encourage the crowd alongside UMHB mascot CRUnk. The Sader Belles also performed a piece they had performed at competition to build up the energy of the crowd.

As the band played the alma mater, the football players were reminded of their home at UMHB before their big game the following day, building anticipation and spirits.

The event started after the final night of Stunt Night on Sept. 30. It was during this night that the Homecoming King and Queen where announced. Crusader fans were excited for Seniors Mallory Craven and Austin Doffing as they would be publicly recognized before the game.

King Street was rocking on Saturday, Oct. 1, with rhythmic music and a strong school spirit that permeated the grounds of the University of Mary Hardin-Baylor. Dillon Moore, a junior Christian studies major from Adkins, Texas said, “I didn’t expect such a big alumni turnout, but people love the Cru, so that is really cool!”

The free yearly event welcomed alumni and their families back to campus for the homecoming football matchup against Austin College. They were met with carnival games, delicious BBQ, cold lemonade, creamy purple ice cream, t-shirts, stickers and more that set the tone for a warm welcome home.

Moore served at the mobile game station during the carnival and is a member of the UMHB Student Foundation which serves the university by connecting alumni and supporters of the institution with the school’s student body.

The alumni association planned many engaging activities for the day, families sipped lemonade in the tree shade while their kids enjoyed bean bag tosses and giant bouncy castles on the lawn of the Musick Alumni Center and Museum at the Parker House.

UMHB Seniors Ashleigh Thompson and Autumn Creech propelled down a tall rock climbing wall as they soaked up every moment and made memories that made their last year sweeter.

“We come to the events every year, ‘’ says Anna Perez. “My son Joel enjoys the music.” Perez graduated in 2004 with her Bachelor of Professional Studies for Education and mostly enjoys seeing familiar faces and seeing everyone who she graduated with. Just before she faces Joel towards the band, Perez tastes her ice cream and smiles as the rhythms

from the UMHB band gains the attention of families and students who begin crowding around.Perez and Joel come to the events every year, and are looking forward to coming back for the special needs community event TouchDowns, hosted by UMHB in conjunction with Downs Syndrome Awareness Month.

Lisa Robbins, junior nursing major and projects officer of the Nursing Student’s Association (NSA) enjoyed every minute. The NSA is a student-based organization on campus advocating for pre-nursing students as well as nursing students.

“It’s been a lot of fun!” Robbins said. “We’ve seen a lot of school spirit today - the students are engaging with us and the alumni are bringing their kids out. It’s phenomenal, go Future Crusaders!”

Robbins said her husband is a UMHB alumni, and reflected on her son’s enthusiasm as she gives purple and gold “Go Cru” face paintings to eager kids and adults at her station. She said that between bungee jumping, castles, and the mobile video game truck, her son was bursting with how much he, too, wanted to be a Crusader because of the day’s events.

“We’re out here reppin’ Crusaders and were having a great time getting everyone amped up for the game,” says Robbins. “The weather is beautiful and we know we’re gonna rock ‘em,”

The King Street Carnival was Robbin’s first tailgate and she was impressed that it was not just the kids getting their faces painted, but also the UMHB students and grown-ups as well, and she loves that they are all into it.

Coming off an impressive win at Hardin-Simmons, the Crusaders come back to Fredenburg Field for a homecoming game against the Austin College Kangaroos.

The Crusaders pounced first, driving down the field coming up with three points after Senior kicker Anthony Avila drilled a 25-yard field goal. The Roo’s answered right back, scoring a touchdown after long runs by senior wide receiver Tiger Dietz and senior running back Makkedah Brown, capped off by a one-yard rush by fifth-year quarterback Tyler James.

The Crusaders took the lead after senior quarterback Kyle King connected with senior wide receiver Marvin Young Jr. for the 22-yard touchdown. After forcing a quick punt, the Cru offense went back to work driving the ball 62 yards, capped off by King’s second touchdown of the day - this time to senior wide receiver K.J. Miller. Still showing life, the Roo offense tried to put points up on the board, but came up short after senior kicker John Aldridge missed a long 55-yard field goal. After the missed field goal the Cru offense wasted no time, scoring in just 47 seconds for Miller’s second touchdown. This came off a 32-yard rushing touchdown.

The final points of the half were scored off a nine-yard rushing touchdown by senior Aphonso Thomas, helped by King’s 25-yard passing connection to Miller.At the end of the half, the score was 31-7, Crusaders. The Cru defense came up forcing a fumble that was picked up by junior defensive back Omari Frazer on their own 29. This then led to K.J. Miller’s second touchdown of the day off a 18-yard rushing touchdown. With a 39-yard missed field goal the game would end with a Crusader victory of the Roos 37-7.

Kyle King finished the day 14 for 20 with 150 yards and two touchdowns. On the rushing end, Thomas Miller Jr and K.J. Miller lead the rushing attack with 106 yards, 96 yards and 60 yards. The leading receives where K.J. Miller with 55 yards and a touchdown.

The Cru defense also had a successful day giving up only 24 passing yards and 144 rushing yards in a run-dependent offense. Durand Hill also led the defense, with 13 total tackles. After an overall successful homecoming game, the Crusaders looked forward to pushing against ETBU on Oct. 8 in Marshall, TX. The Cru won 24-7.