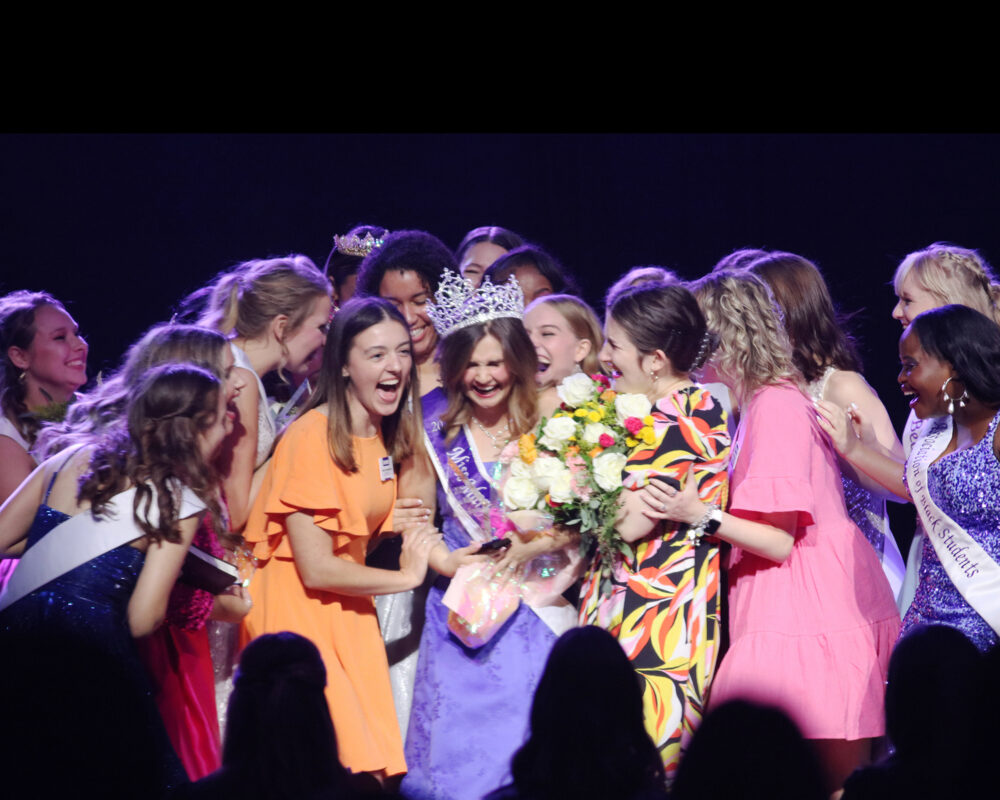 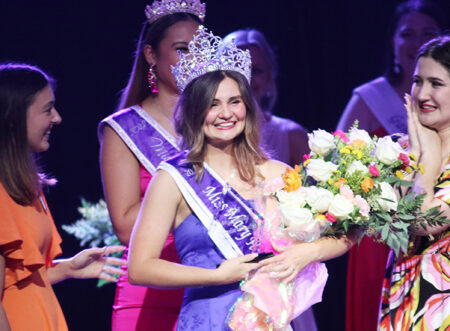 The Miss MH​​B pageant is an annual show that the Campus Board of Activities (CAB) puts on every year. Originally named Miss Bluebonnet, it has been a long-standing UMHB tradition since the 1950s. This pageant show is open to the public and it showcases female students’ passions and personalities while it also raises awareness to each of the different platforms they represent.

Female sophomore students and above are eligible to be contestants. This year there were eighteen contestants, and each of the eighteen have a certain platform of awareness in which they stand on and a title they are given to compete. They represent different campus organizations and residence halls.

Victoria Kuntz, a contestant of this year’s pageant and Miss University Ambassadors was interviewed about the details and amount of effort which was put into this year’s show. She relayed that these girls worked incredibly hard for a month and a half, three days a week, four hours a day, rehearsing what was exhibited on October 22, in Walton Chapel.

“It has been a really cool sisterhood,” Kuntz says. She also said that while everyone came from diverse majors and backgrounds, they all became very close friends.

“People I would have never met, I met through this and it has just been one of the greatest experiences of my life,” Kuntz said.

This year, the pageant was 1970s themed, with disco balls hanging from the ceiling and the stage decorated in glitter and bright pinks, yellows, and oranges. In the beginning, the contestants were decked out in 1970s outfits, with long, flowy shirts and blue jeans. Then, they each individually introduced themselves and where they were from with a clever catch phrase attached to it. When it was announced where McKennah Harden (Miss Burt Hall) was from, she stated “I’m from Boerne, Texas; easy to say, hard to spell.” Many of them had funny tag lines just like this one.

Next, these contestants each performed their own talent. These intentionally displayed their separate personalities and passions. Quite a few of the girls sang or danced to their favorite songs. To name a few, Miss Remschel Hall, Madalyn Georgens sang “Never Enough” from the movie, “The Greatest Showman.” Ella Stockton, Miss Healthy Minds performed a choreographed lyrical dance. Miss Beall Hall, Maddie Reid sang passionately to a song from the Broadway musical, “Waitress.”

There were also several unique and fun talents such as dancing to “Just Dance” in a panda outfit, reciting a monologue, and a choreographed dance to several ABBA songs. Another notable talent performed was by Bethany Fitzwater, Miss McLane Hall; she sang an original song composed from Martha’s (from the biblical story) perspective, with the chorus of a worship song added to the end.

After this, all eighteen of the contestants performed a group dance to the 1978 Gloria Gaynor song, “I Will Survive.”

Additionally, each of the contestants’ diverse platforms were about ideas and issues that were important to them. For instance, Miss Hispanic Student Association, Yanelle Licona had the platform of reducing the stigma around food insecurity on campus. Shayden Spradley, Miss Student Foundation was advocating for providing special needs families with community connections.

Lastly, the contestants strolled properly up and down the stage in their evening gowns as they were re-introduced with their talents, hobbies, and the organizations they are involved in.

The contestants were judged based on group dance, individual talent, and evening stroll.