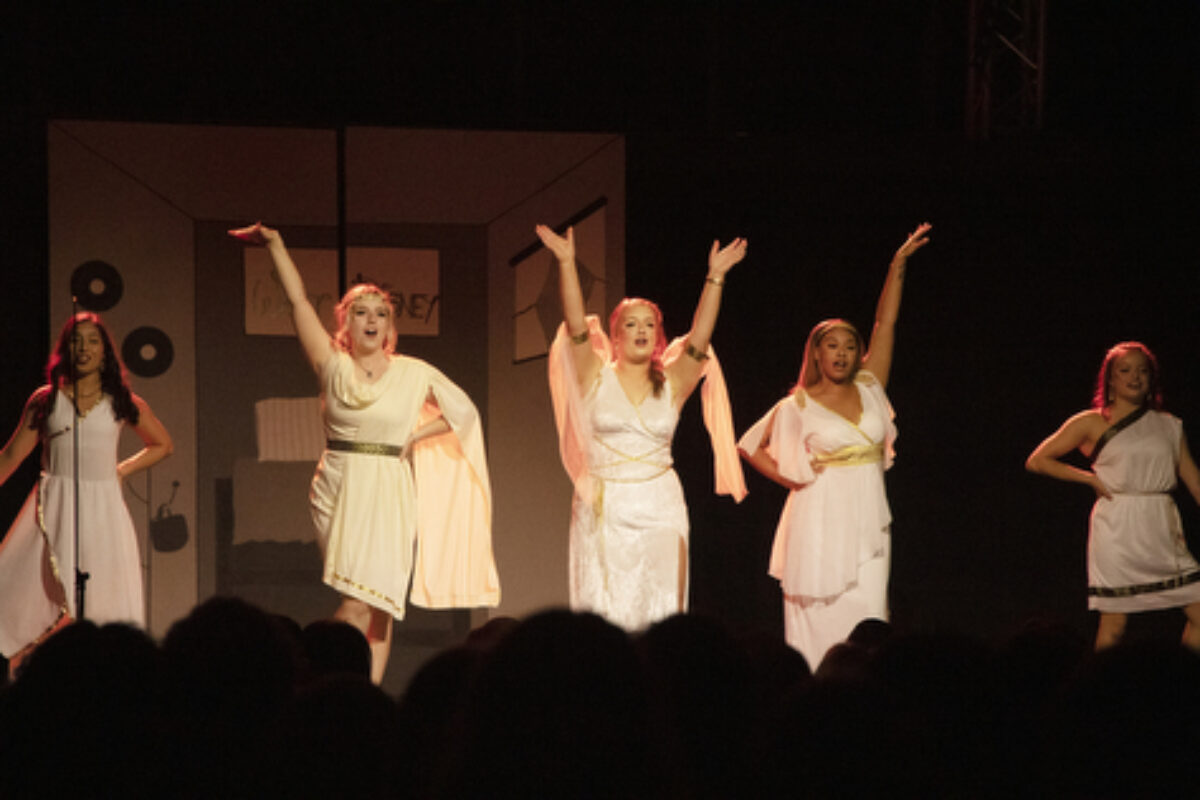 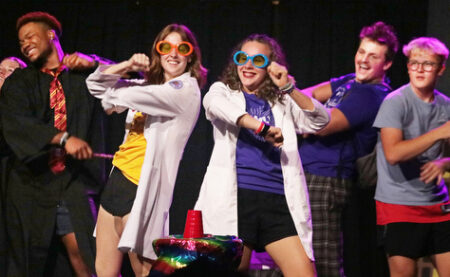 By Rachel Daugherty and Allyson Hinkle

As a part of Homecoming tradition the University of Mary Hardin-Baylor hosted the Annual Stunt Night on Sept. 29 and 30. The night features each class as they perform an original skit for the audience. The original idea behind Stunt Night is described on the UMHB Our Traditions page as follows:

“It began in 1909 when George Rosborough, the physical education instructor, initiated Stunt Night to give the campus residents who could not go home an activity during Christmas holidays.”

It was not until 2011 that Stunt Night was moved to a Homecoming Week tradition. Here the classes are given a set category to choose from and then are left to their own devices to come up with a twenty to thirty-minute performance. After each performance was done it was up to the audience to vote for their favorite class.

Stunt Night features a small panel of judges, as well as a large audience, and everyone gets to have a say in the winner of Stunt Night. The two big awards that a Stunt Night class can win are “Judge’s Choice” and “Audience Choice”; sometimes these awards are given to two different classes. However, this year, both awards were given to the sophomore class.

This year the theme was the “Crusader Multiverse” in which the classes were to pick a specific movie franchise to draw their characters from. The freshman class got DreamWorks Animation, the sophomore class portrayed Disney, the junior class were assigned to Warner Bros Entertainment, and the senior class got Pixar Studios.

The first class to perform was the freshman class, in which they utilized the characters within their first year at UMHB. Typical freshman problems were depicted; Barry the Bee from The Bee Movie was struggling to do laundry, Shrek from Shrek could not find their class, and Po from Kung Fu Panda did not want to eat in Bawcom for lunch.

While King Julien and Mort from Madagascar were trying to help their friends, a unique problem arose; Megamind from Megamind and Lord Farquad from Shrek had kidnapped UMHB upperclassmen and took them to Hardin-Simmons University, a rival school. In the end, the freshmen were able to save their classmates and a UMHB rendition of Smash Mouth’s “All Star” finished the skit.

The next class on the roster was the sophomore class, with a dual timeline story. The overarching story goes as follows: 1950’s Mary Hardin student Susan longs for her university to be co-ed the same night a Halloween costume party takes place at current UMHB. Unbeknownst to all, except the crowd as The Muses provided insight, that specific night was magical. The students at the party turned into the characters they portrayed and Susan was able to travel to current UMHB.

This came to a head when after several classic Disney songs were used to explain the modern university to Susan the cast learned that if Susan did not leave by a certain time she would be stuck in the modern age. With the efforts of “Captain Jack Sparrow,” whom we learn was never in character to begin with, the duo makes it back to the 1950s. That is seemingly the end of the skit, until Sophomore Director Allie Berg comes on to the stage to reveal the entire skit was a play itself, similar to the plot of High School Musical: The Musical: The Series.

The third class to perform was the junior class. Their skit featured the Stunt Night classic theme of Mary Hardin-Baylor vs. Hardin-Simmons as “Dr. Skaggs” chased down an official from Hardin-Simmons who was bent on erasing UMHB. Skaggs traveled to three different universes chasing down Simmons; Harry Potter, Batman and Looney Tunes. He traveled via time machine powered by dance breaks and would bring the characters back with him.

Eventually Dr. Skaggs and the gang catch up to Hardin-Simmons just after Hardin-Simmons had collected all of the “artifacts” needed to erase UMHB. Only Skaggs and the gang were still there; the wrong Baylor ended up being erased. There was only one thing to put an end to the feud; a basketball game. With the help of the wizards of Harry Potter, Dr. Skaggs was able to score the final point and win the game for UMHB. Afterwards all of the friends Skaggs had made throughout his travels became honorary Crusaders and the story was over.

The final class in the rotation were the seniors with their rendition of Pixar’s “Inside Out.” In this they portrayed the emotions of a senior going through her old memories at UMHB as she was packing for graduation. The crew of emotions, led by Joy, went through memories such as Welcome Week and the Easter Pageant. Overall, the emotions told the audience that when they are a senior they should not be afraid to graduate as they would be a Crusader forever.