The Sue & Frank Mayborn Performing Arts Center is a 40,725-square-foot building that features a 524-seat performance hall with a proscenium stage, fly space, and orchestra pit. The ingenious design of the center includes many multifunctional rooms which allow it to be used as a teaching facility through the school year as well as a venue for musical and theatrical performances. The beautiful center features two premier venues: Baugh Performance Hall and Fikes Chamber Hall. 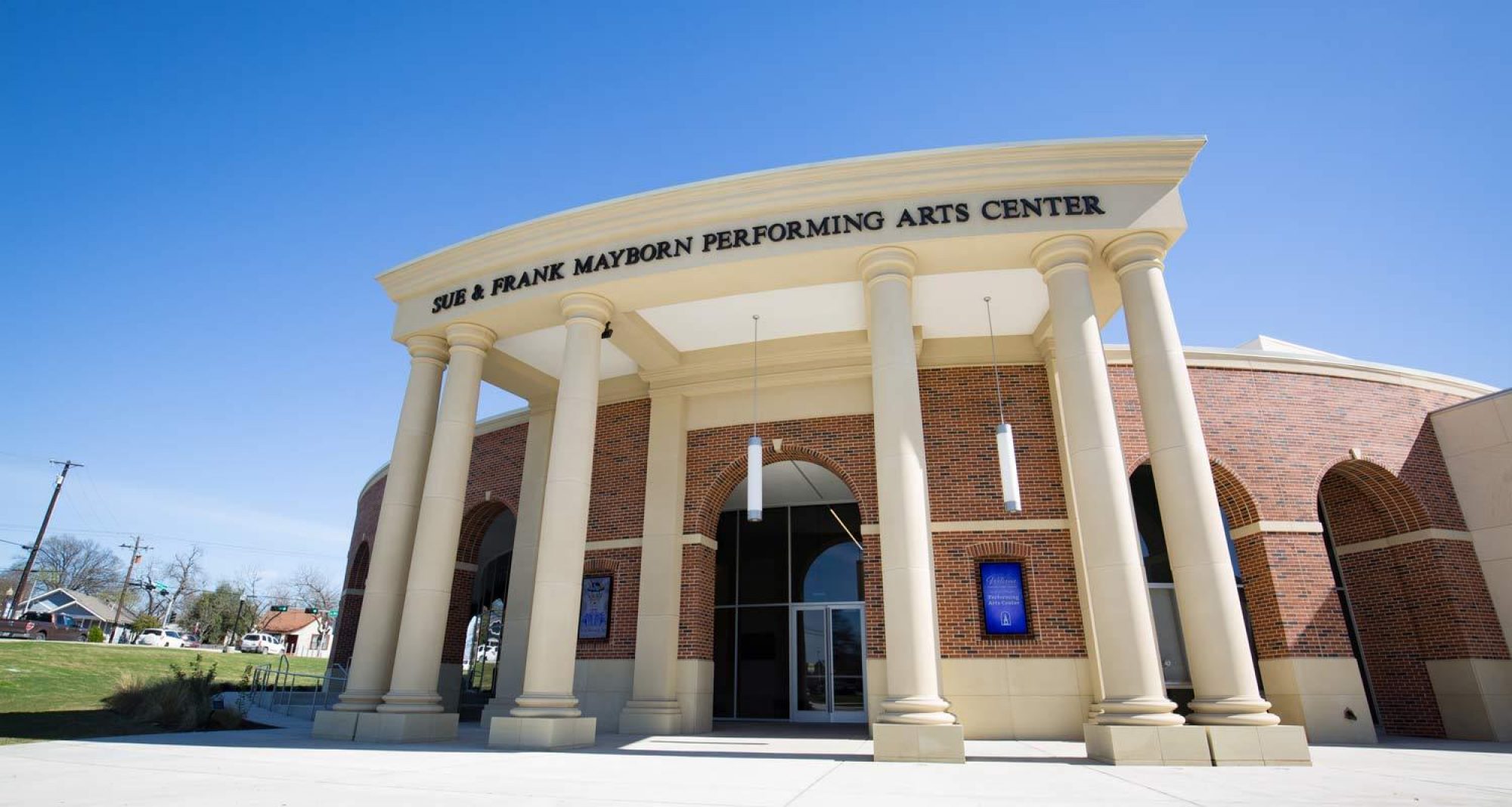 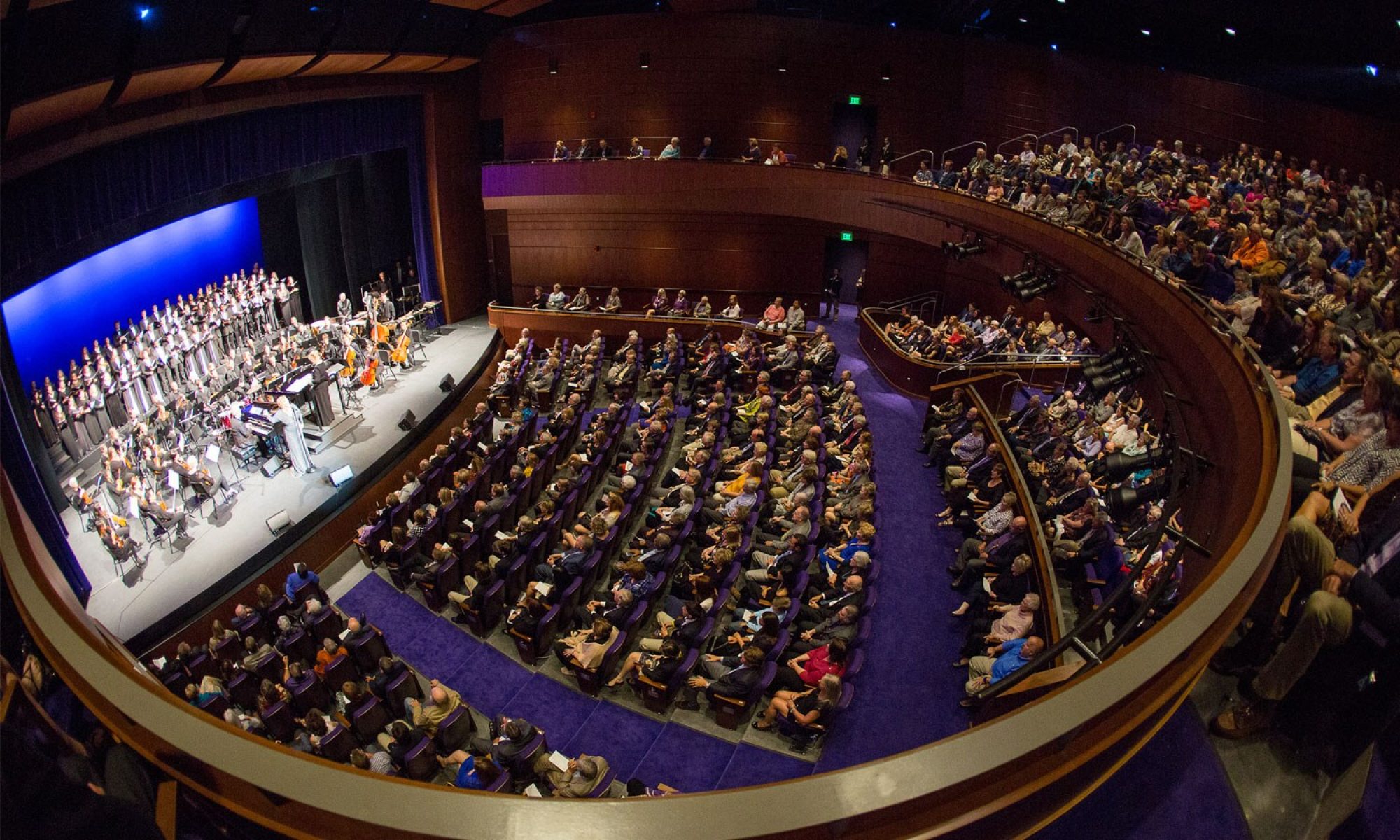 As one of the premier venues within the Sue & Frank Mayborn Performing Arts Center, the Fikes Chamber Hall is an intimate 2,000-square-foot performance space utilizing flexible seating options and versatility. The room is used for concerts and recitals, as well as a reception space for social gatherings. 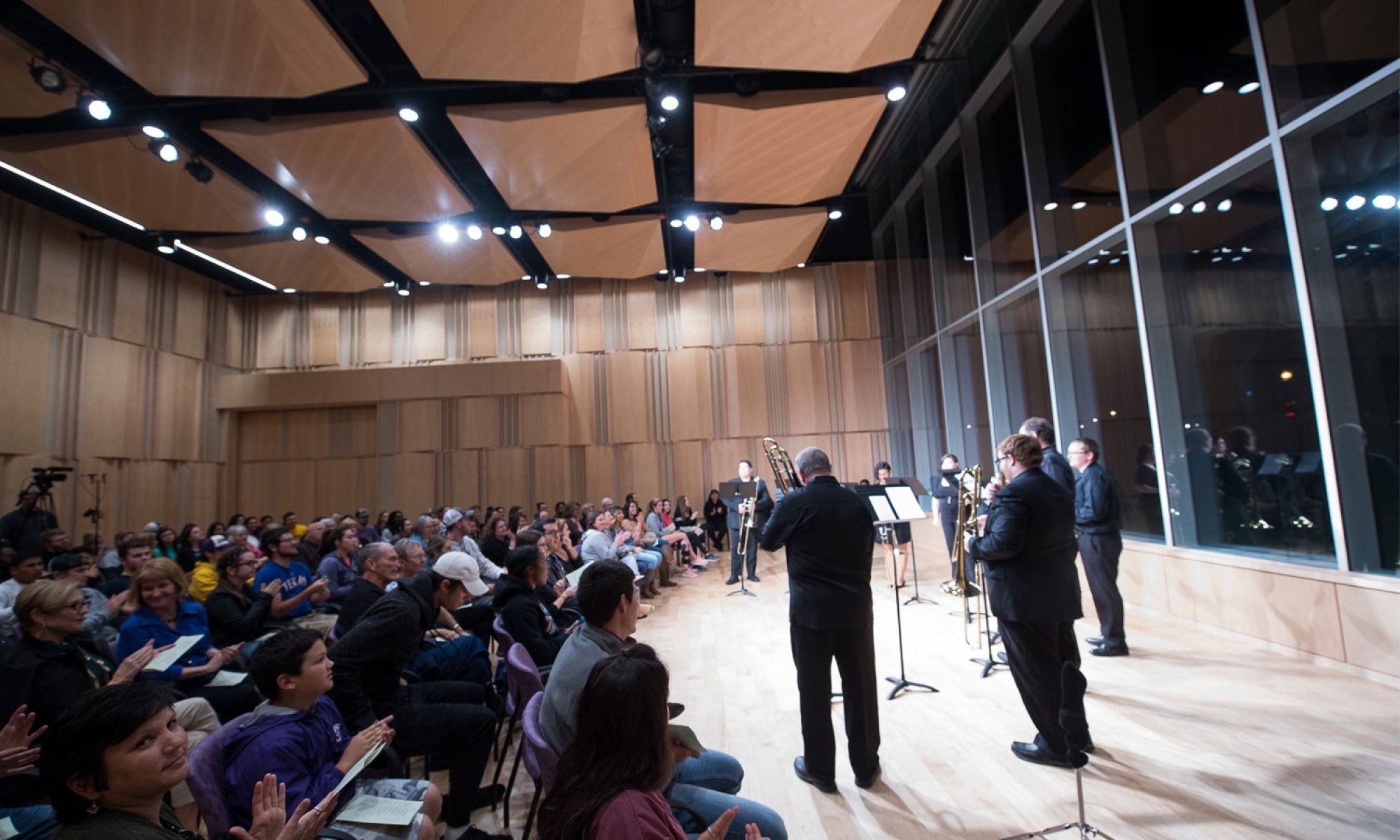 Presser Hall was built in 1930 as a result of the Luther fire. In 1978, it was completely renovated. The building was made possible by a gift from the Presser Foundation, and it houses the offices for the College of Visual and Performing Arts and the Department of Music. Classrooms, faculty offices, and piano and organ practice rooms are located in this building. 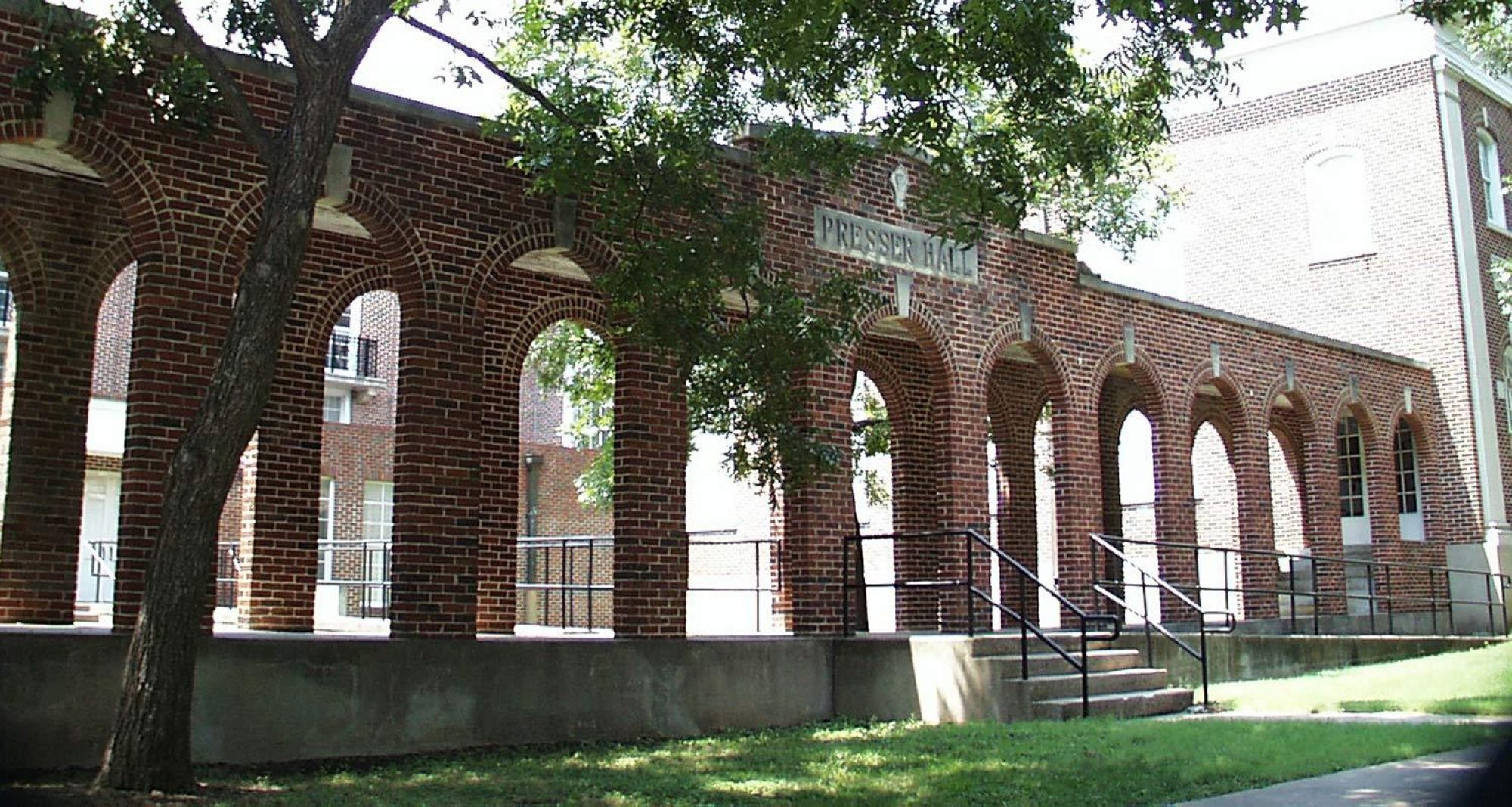 Located in the north end of Presser Hall, this tiered auditorium is perfect for small performances and recitals. It has wonderful acoustical accommodations and has been the site of hundreds of musical and dramatic performances. 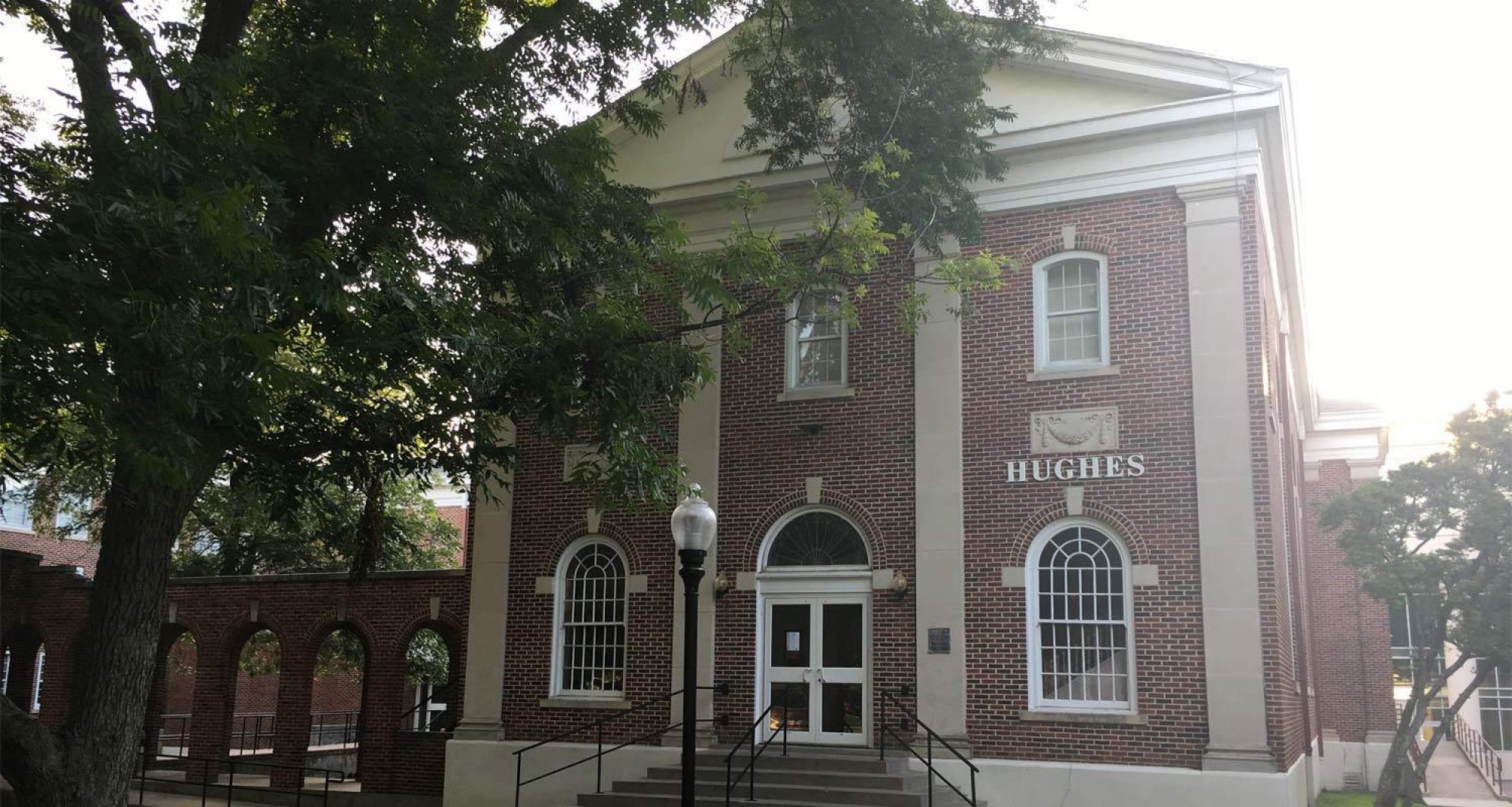 Located on the second floor of Bawcom Student Union, the Farris Band Hall Suite features rehearsal space for the Blackshirt Cru Spirit Band and other instrumental ensembles. It also offers practice rooms for students, faculty offices, and instrument storage. The suite is named in memory of Mrs. Martha White Farris of Floydada, Texas. A member of the Class of 1942, Mrs. Farris was a gifted musician who devoted her time, both as a teacher and as a volunteer, to supporting the intellectual, physical, and spiritual growth of children. 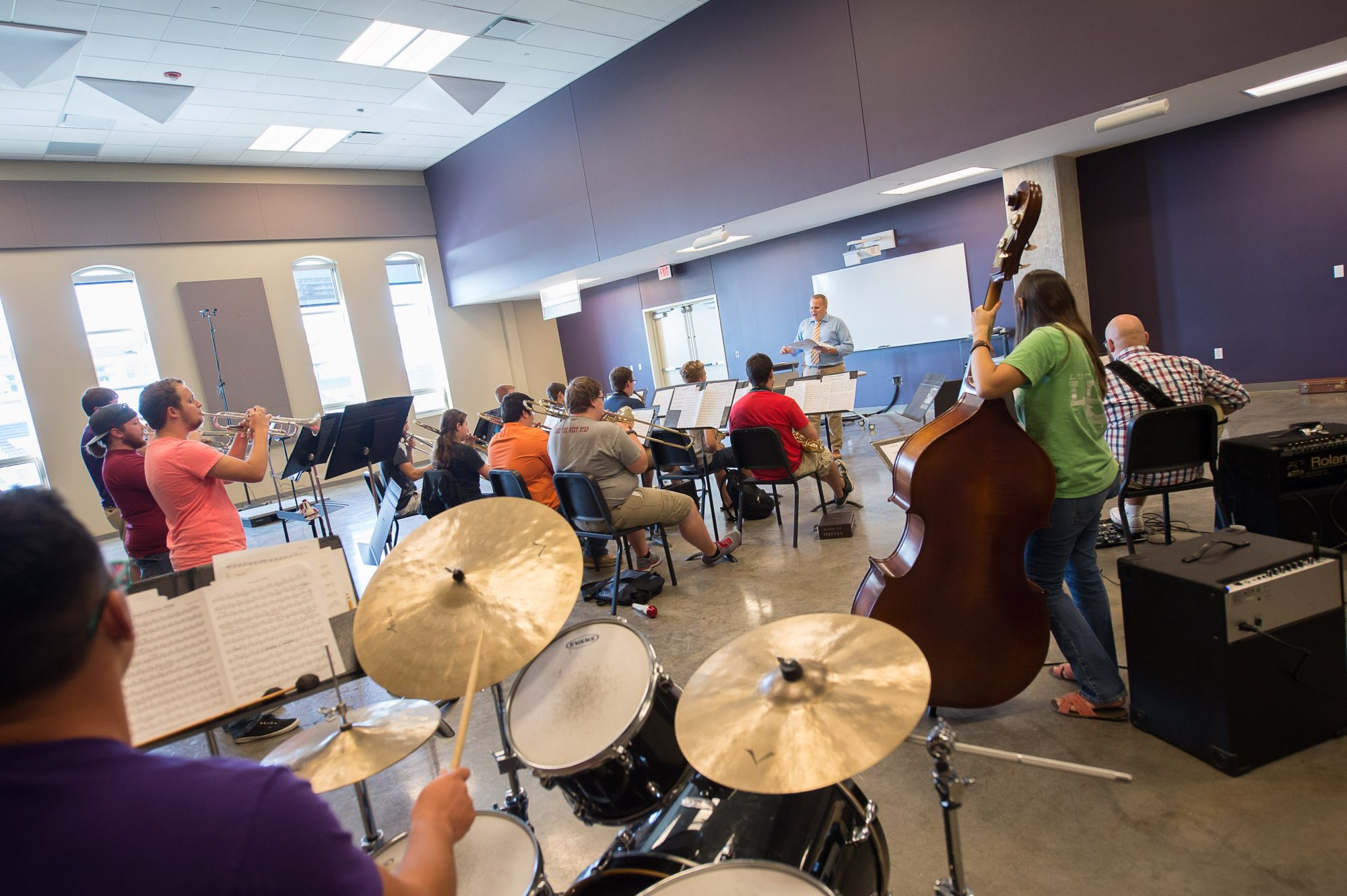