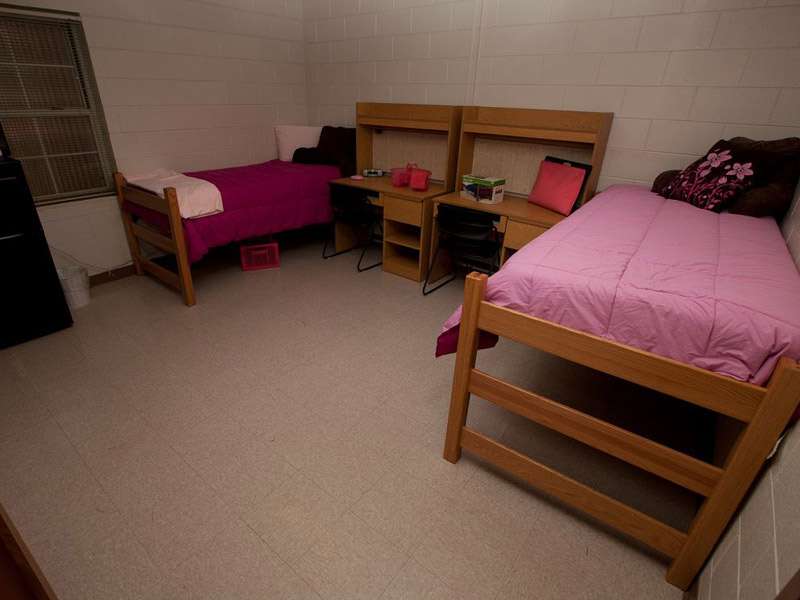 Johnson Hall was named in honor of Rebekah Baines Johnson, mother of President Lyndon B. Johnson and grand-daughter of Reverend George Washington Baines, president of the college from 1861-1864 when it was located in Independence, Texas. When the building was dedicated on September 26, 1968, President and Mrs. Johnson and several family members were present. The three-story building was renovated in 1991 and houses 70 female residents. Located on the northwest corner of the campus, Johnson Hall sits close to Hardy Hall and the Mayborn Campus Center which houses the gym, workout center, and recreational space. It is within easy walking distance to the intramural fields, academic buildings and the library.

This facility includes a large lobby which was renovated for the fall of 2005. The lobby has a TV area and study tables, and there is a computer lab, vending machines, and a central laundry room where laundry can be done free of charge.

Resident Assistants are assigned to each floor of the building and the Resident Director lives on-site. Building security includes a staff member on duty each evening until closing and a card access system for entry into the building after doors are locked.